For Canary Version, after the major version number is determined, the build number and patch number will be modified every day; For Versions other than Canary, major and build are relatively fixed, and only patch will form incremental modifications. Google officially releases 8-10 milestone versions every year. Each Chromium Version corresponds to a Chromium Project tag value, as shown in the following figure: 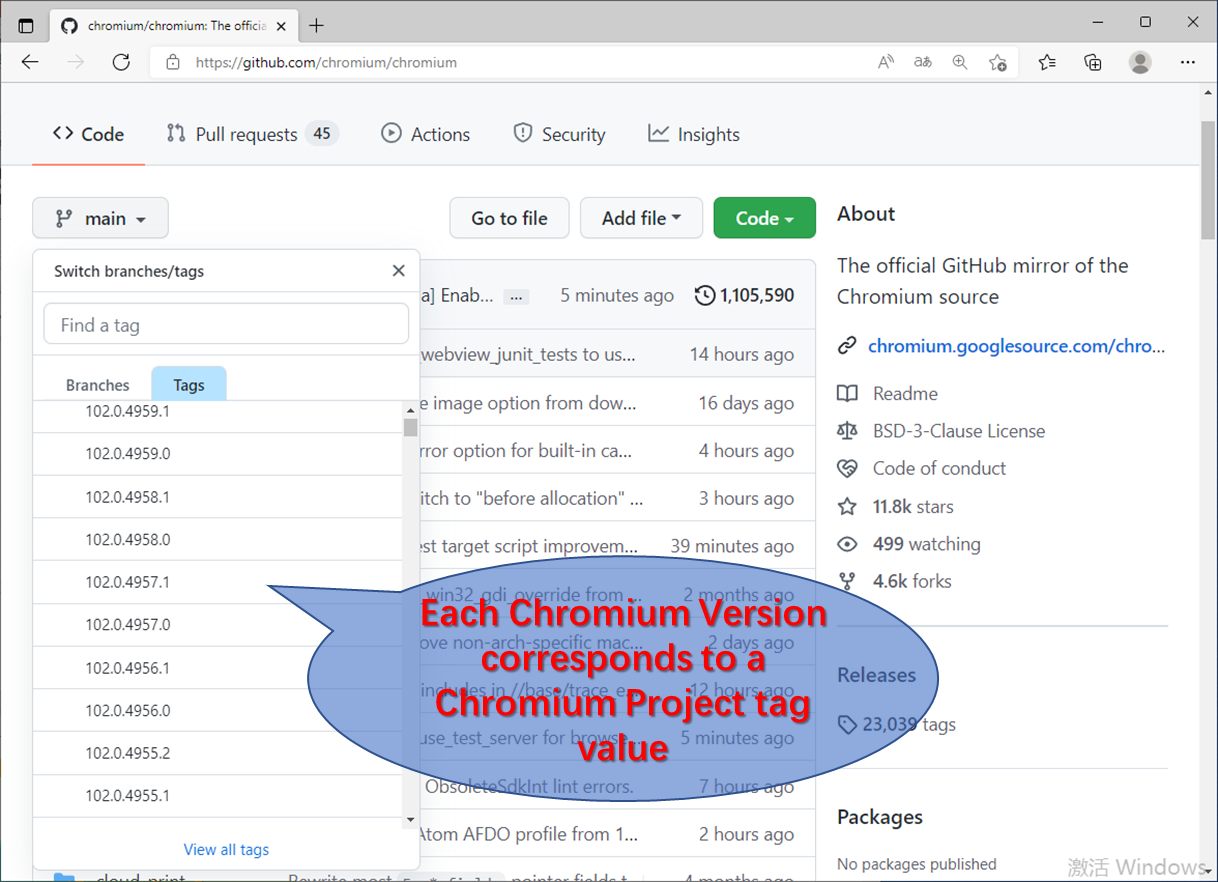 How Does WebRuntime Organize Chromium Patch? 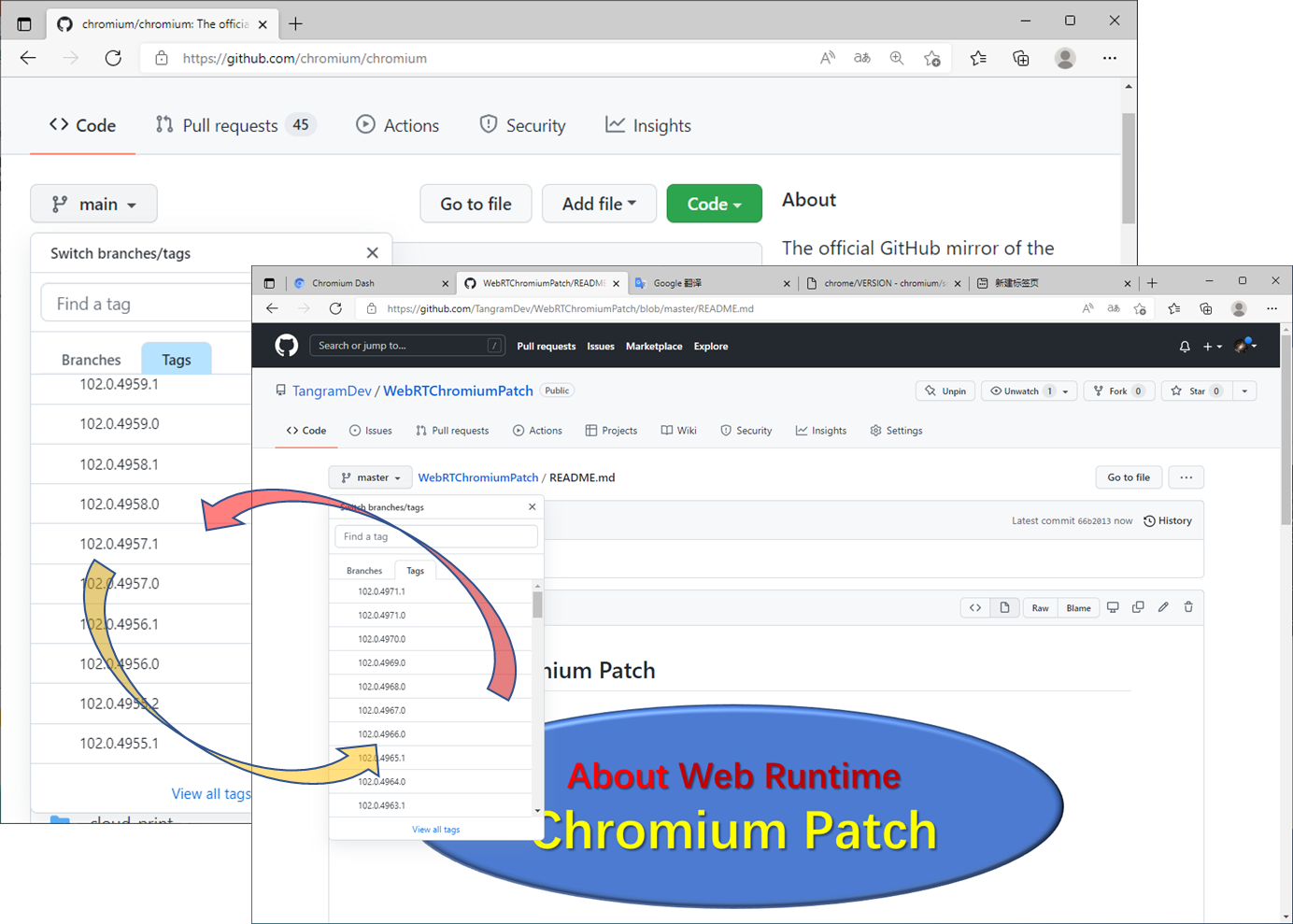 Get the Chromium Patch you want

Repository WebRTChromiumPatch ensures that for each chromium project version “a.0.b.c”(where a>=98) the closest webruntime-chromium-patch version “a.0.b.d” can be found. Here, closest means that there are no other webruntime-chromium-patch versions between “a.0.b.c” and “a,0.b.d”. When c equals d, it means that a suitable patch was found. Replace the file corresponding to the chromium source code with the source code patch included in the patch. If c is not equal to d, we need to create two branches in the repository containing the chromium project, corresponding to the chromium versions “a.0.b.c” and “a.0.b.d” respectively, and then synchronize the code in the chromium-patch to ” a.0.b.d” and set the branch corresponding to “a.0.b.c” as the active branch. The git cherry-pick command will synchronize the webrt related code to the “a.0.b.c” branch, and the new version can be completed.

Get the closest webruntime-chromium-patch version for a Chromium tag

We see that the Repository WebRTChromiumPatch only contains part of the Chromium Version Tag, So, how do developers get the Chromium Patch Tag they need through part of tags? 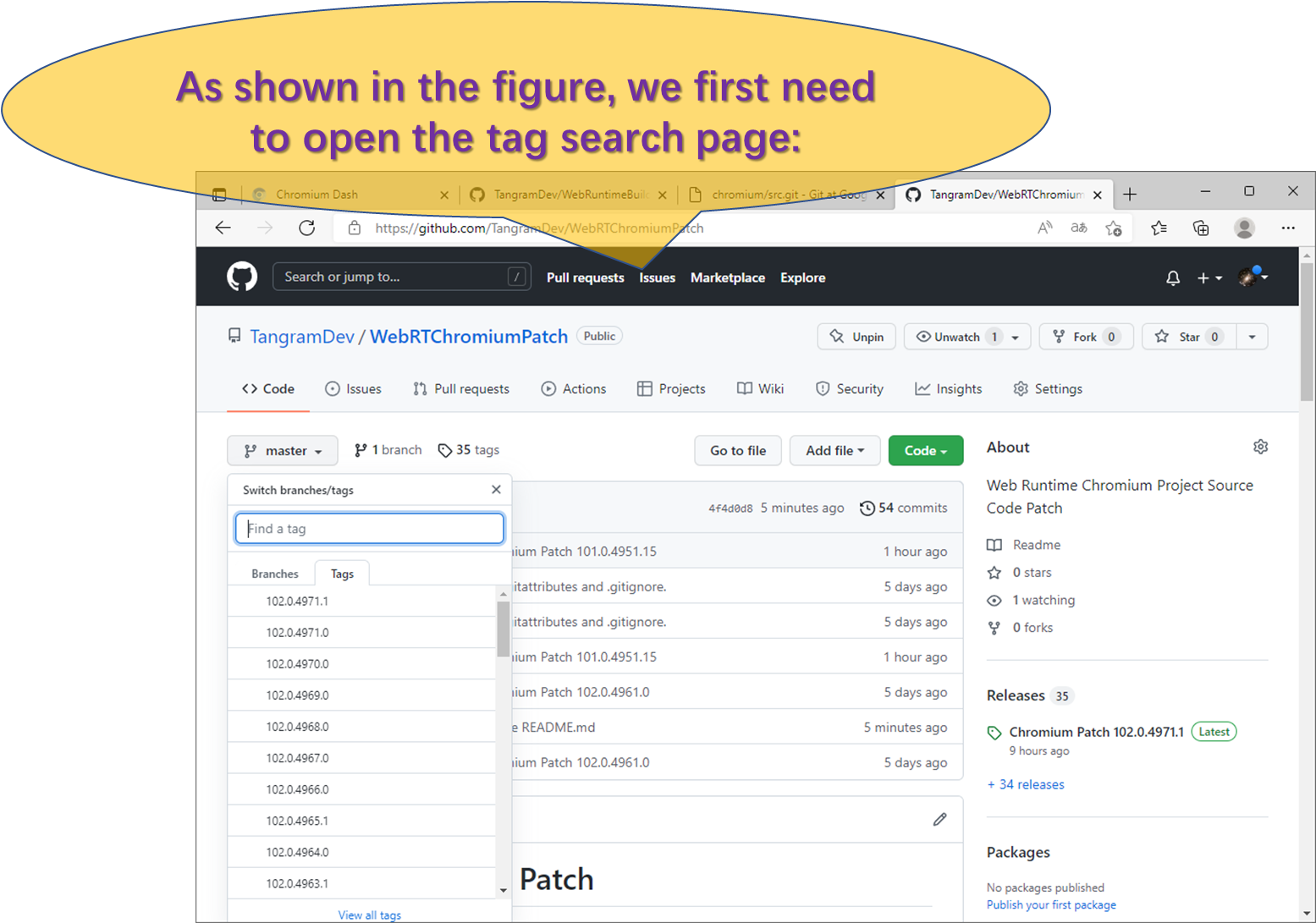 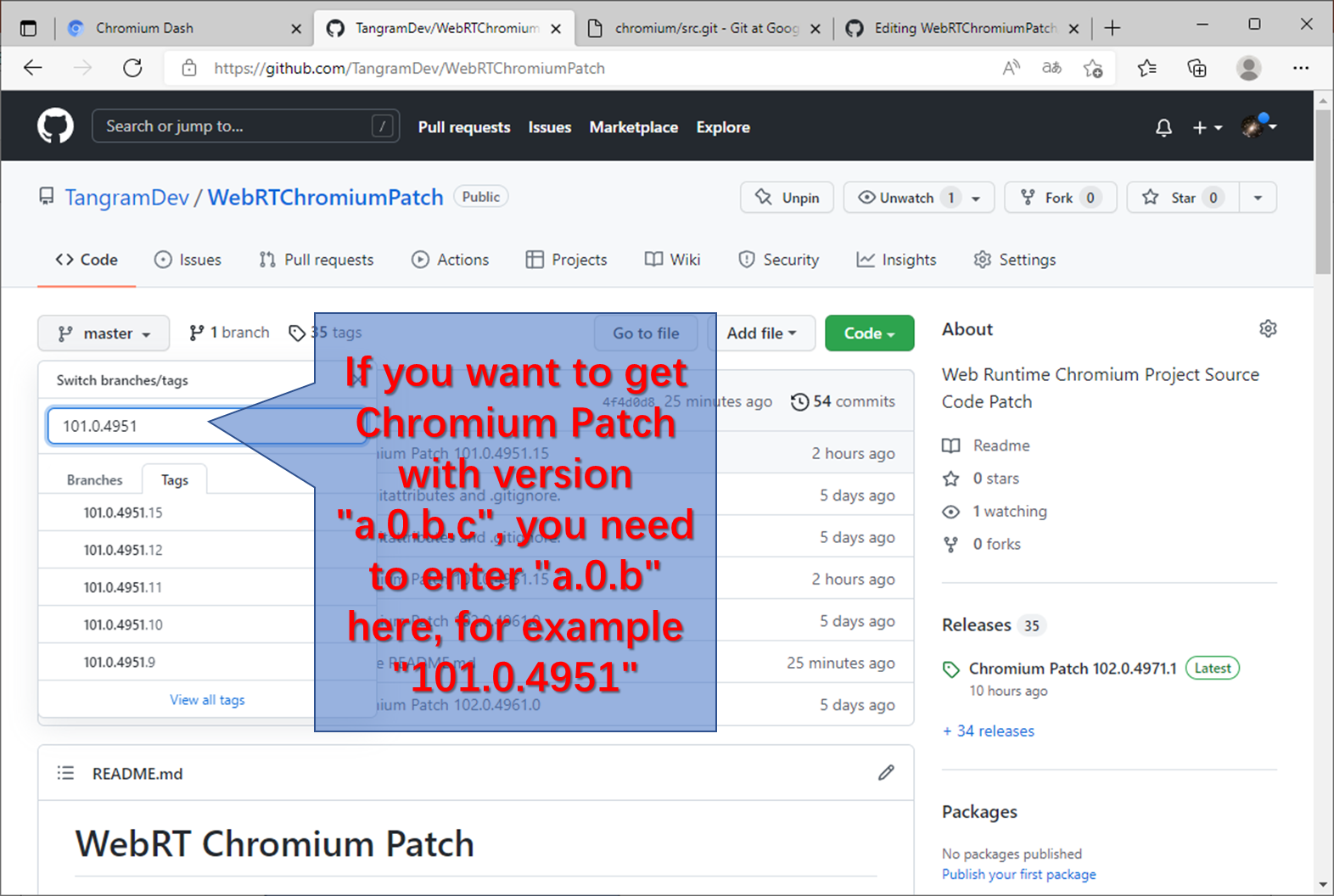