A chess game written in Python based on python-chess and PyGame with which you can play against the Fairy Stockfish, a random move generator and Maia Chess. The Stockfish 14 NNUE evaluation is also available.

Lichess for information about the Fairy-stockfish settings to make different levels: https:/lichess.org

And special thanks to @reidmcy for his support on creating this first repository which is my first one, and his technical help for Maia! 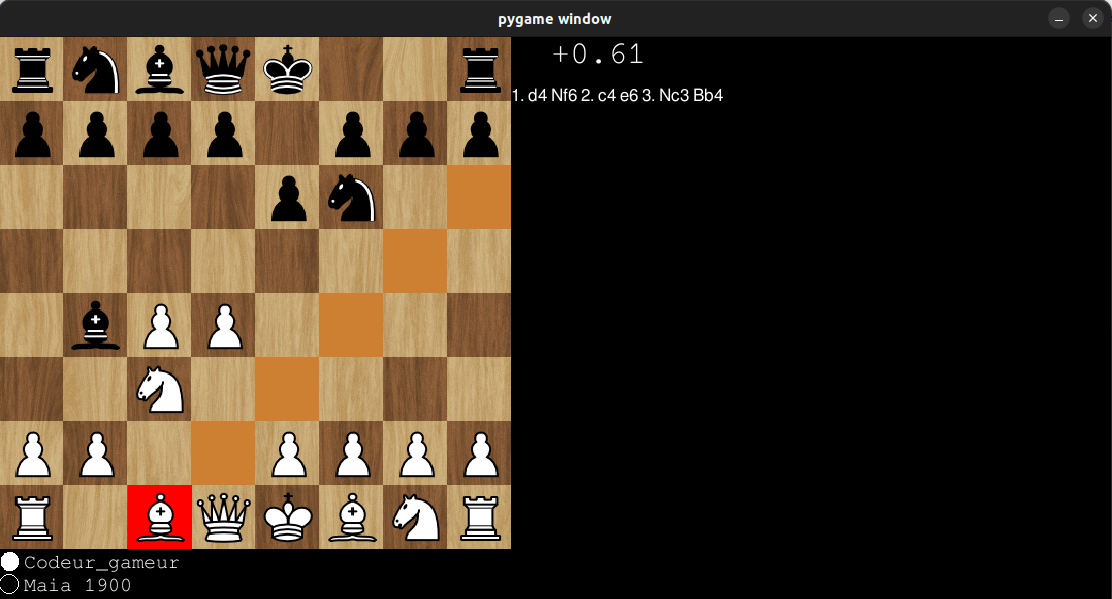 Instead of playing against the Stockfish or whatever, you can also create a game with the Fairy-stockfish level 6 as White and Maia 1900 as Black! This kind of setup can prove instructive or fun to watch. The random move generator against itself is particularly funny!

To run this program, Python 3.x with pip needs to be installed on your machine (Linux or Windows as I did not integrate the Mac OS stockfish/fairy-stockfish/lc0 binaries yet) along with the Python modules PyGame, Chess, Stockfish and Tkinter. To install them: Linux: pip install pygame chess stockfish or pip3 install pygame chess stockfish for Ubuntu and Debian-based distros: sudo apt install python-tk or sudo apt install python3-tk for Arch-based distros: sudo pacman -S tk

And then you are ready to go : python BlobChess.py