An OBS plugin similar to OBS’s win-capture/game-capture that allows for audio capture from a specific application, rather than the system’s audio as a whole. This eliminates the need for third-party software or hardware audio mixing tools that introduce complexity, and in the case of software tools, introduce mandatory latency.

Internally it uses ActivateAudioInterfaceAsync with AUDIOCLIENT_PROCESS_LOOPBACK_PARAMS. This initialization structure is only officially available on Windows 11, however it appears to work additionally on relatively recent versions of Windows 10.

Want to support the development of the plugin? https://ko-fi.com/bozbez 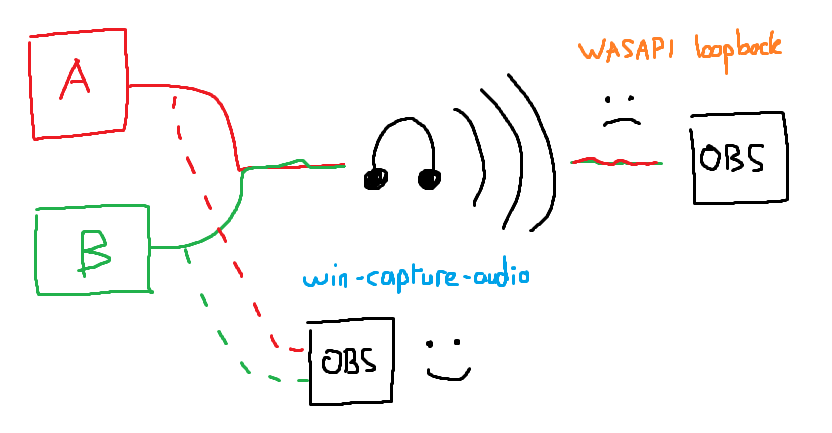 A lightweight Universal Windows proxy app
02 February 2022
An application written in C++ to modify the Windows 11 Taskbar
29 January 2022
The draw call batches are decently optimal and you can render them later, in your app or even remotely
13 August 2022