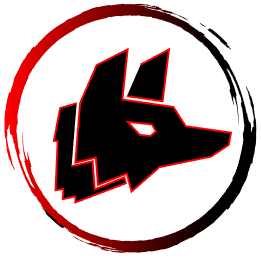 LIGHTBEAM TCP traffic redirectors can be daisy-chained together to form a multi-layered proxy node network to mask traffic between a host running WARFOX and HIGHTOWER. LIGHTBEAM relies on socat for traffic redirection, the tool can be run on Linux hosts. 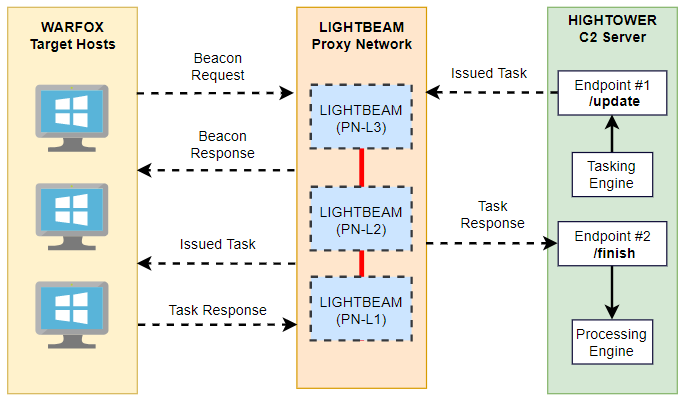 The WARFOX implant supports 12 operator-provided tasks. The following table provides an overview of the task categories. Tasks in the Interaction category require an additional argument to carry out the relevant operation, consult the usage section for examples.

WARFOX relies on a few third-party libraries which makes WARFOX susceptible of being detected based on known code patterns or signatures. While these libraries made development easier, a future goal is to implement everything from scratch.

Currently, the compiled WARFOX implant is undetected by all AntiVirus products according to VirusTotal

HIGHTOWER is a Python based HTTP server that supports WARFOX infections, HIGHTOWER relies on the http.server Python module. HIGHTOWER is unique in the fact that it mimics a legitimate IIS webserver.

You can use the !help terminal command to display the help menu which provides an overview of how to configure the server for the first time, and what tasks you can issue to WARFOX. 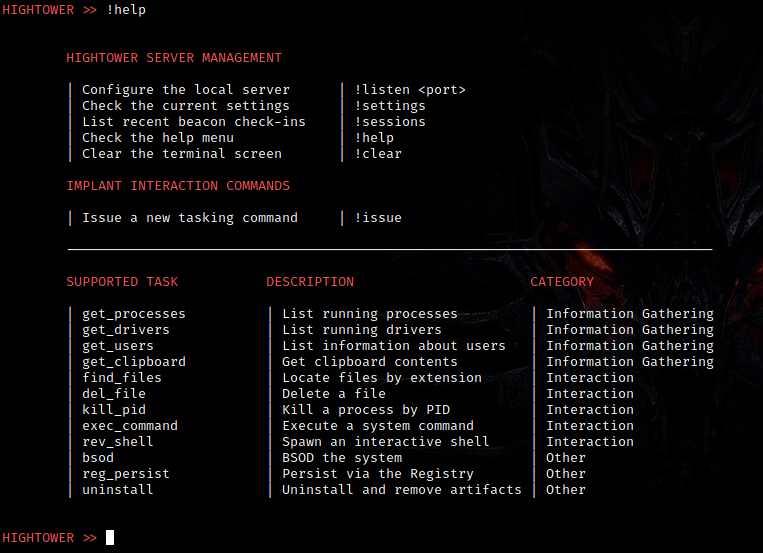 You can use the !settings terminal command to display the current server settings. You are required to set a listening port with !listen before issuing tasks.

The !listen server command takes a port to listen on, after executing this command, the SRVPORT setting is populated

After you set a listening port, you can issue new tasks to hosts that beacon to HIGHTOWER using the !issue command. Certain tasks such as rev_shell require additional data, you can find a list of which commands require data in the technical documentation PDF

New certificates for enabling SSL/HTTPS can be generated using OpenSSL

LIGHTBEAM is a Bash based TCP traffic redirector that can be used to mask traffic between WARFOX and HIGHTOWER.

To configure LIGHTBEAM you need to set the following variables:

PEGUARD has a dedicated Github repository here. This utility compresses files with GZIP and encrypts them with AES-128 in CBC mode, the AES key is randomly generated and appended to the packed file. 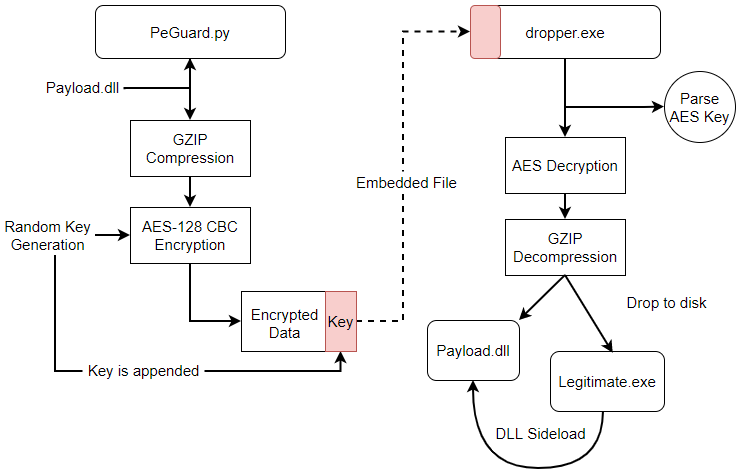 FILEGUARD takes a file as input, compresses it via GZIP, encrypts it using AES-128 (CBC mode) and appends the AES key to the end of the file. This utility was designed to pack the WARFOX DLL implant to aid in its DLL sideloading execution process.