A simple C++ guessing game. The game concept is quite simple:

This project was originally a final group assignment for one of my classes, Praktikum Pemrograman (MII211202). The development of the project happened in a Replit collaborative environment. It is copied here mainly as an archive. Also, it is publicized here as a reference for those new to C++ or taking a similar class. 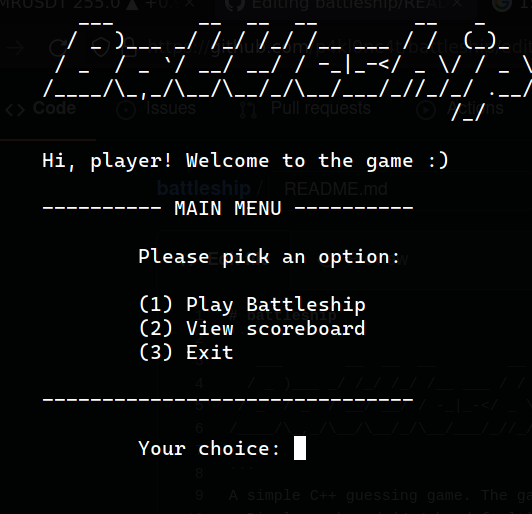 Make sure that you have clang and GNU Make installed. Then, using the provided Makefile:

You should then see an executable file named battleship.

Distributed under the MIT License.